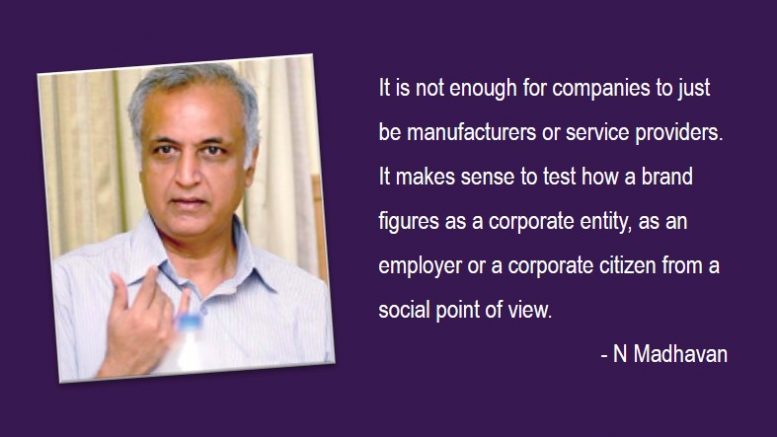 I have been admiring the new set of funny video commercials from Parle Products, in which the message conveyed is not about the well-known brands of biscuits and confectionery such as Monaco, Hide & Seek, BakeSmith, Parle G and Krackjack, but more about the company that makes them.

The first question that popped up in my mind when I saw them was: “Hey, are they heading for an IPO?”

There is no official announcement but their hashtag (#NaamTohSunaHiHoga) shows a clear intent to boost the corporate brand in a world where their consumer brands are very well known.

If you consider the fact that Parle is one of India’s most successful companies, just 11 years short of its centenary, and also privately held, it is natural to think why it has not gone public yet in a world where consumer brands are intellectual property with potential for wealth creation to a family-run group. Sure enough, Parle figures among the juiciest IPO candidates in market speculation, with sales estimated in excess of the equivalent of one billion US dollars.

From a reputation point of view, the Parle ads send a clear signal: being known to ordinary consumers is one thing and being known to would-be shareholders is quite another. Unlike, say, the listed Hindustan Unilever, Parle Products has been relatively shy of promoting its corporate persona thus far. Its functionally simple website discusses its history but does not quite list the people who run its show. In the process, the Chauhan family that runs the group faces the risk of wealth erosion if it does not list because competition is intense in the fast moving consumer goods (FMCG) sector, with new regional players emerging to take on established giants like HUL and ITC. In a world where even technology patents have a limited shelf-life, consumer brands are at greater risk.

It pays therefore for companies to take a 360-degree view of their brands: it is not enough to be manufacturers or service providers; it makes sense to test how a brand figures as a corporate entity, as an employer or a corporate citizen from a social point of view. Leading groups such as Godrej, Tata, and Aditya Birla Group know this only too well, but it is important for India’s emerging/ambitious entities to know this. Long-term thinking and careful planning can give a higher degree of integrity to a corporate brand than a Johnny-come-lately or one-off approach.

I find it funny when I see consumer ads on CNBC-TV18. Evidently, these are commercials meant to convey an image of popularity to shareholders, not end customers, given the channel’s niche as an investor-oriented one. But it does make sense in an age where retail investors are often wooed in much the same manner as consumers of biscuits or nappies. Shares increasingly have an FMCG-like character.

Personally, I prefer brands that show themselves to be 360 players in a steady manner. Brands that build up a communication strategy when faced with a crisis or when they have a goal just a few months or a year away are not as solid as the ones that know from early on that a corporate entity has many facets.

Parle Products has an amazing legacy and one of the cutest long-term ways it builds its corporate brand is by organising visits to its factories by schoolkids. It actually welcomes such visits on its website through a booking link. How cool is that?

Its current strategic overhaul is a planned one and whether or not it is tied to a future IPO is only a matter of speculation, but there is little doubt in my mind is that the recent ads should have been out years earlier — or better still, in occasional dribbles. In combination with things like organised factory visits that have word-of-mouth power, such things build a brand’s reputation 360 degrees in a gentle, long-term way.

Social Listening for crisis management – A business case for keeping your friends close and enemies closer!