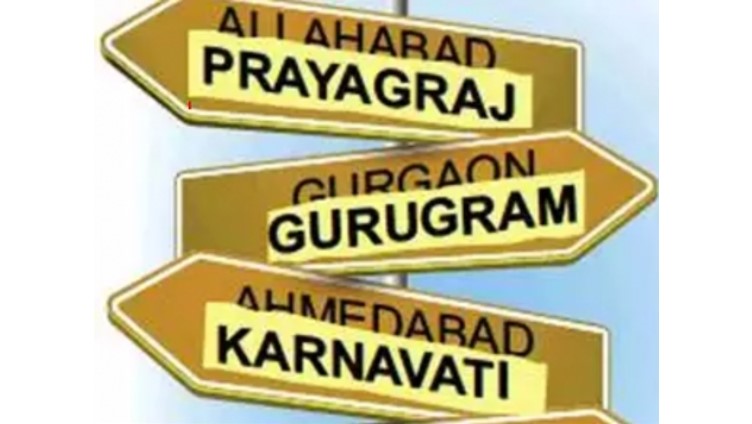 It would appear that the current Indian administration is on a renaming spree across the country – eager to “reclaim” the lost “identity of India”. This past week, UP CM Yogi Adityanath renamed a major city and a district (Allahabad was renamed to Prayagraj and Faizabad to Ayodhya). Anyone paying attention, however, would know how common this practice is, and hardly exclusive to this government.

Between 2004 and 2014, names of 14 key cities were changed, (11 of them from Karnataka, proposed by the then Congress government in 2006). BJP was not in power in any of these states or the centre (renaming of cities and streets is a state matter). Since 2014, names of four cities have been changed (including the two aforementioned), three of those from BJP-ruled states. The reasons range from the practical – standardising spellings, a hybrid of practical and emotional – realigning official English names with local names, to those purely emotional – reclamation of lost/forgotten/robbed identities.

Is it simply a gimmick? What political value do the politics of renaming bring?

The first few decisions to rename cities (and states) happened immediately after Indian independence. These were some of the many efforts made by our new nation to liberate itself from the painful memories of British colonialisation. That was more than reclamation of old identities – it was about washing off the inherited, and often thrust upon identities, and granting new ones. It helped citizens of that time align themselves to the new feeling of self-governance and comply with policies and vision of the new administration. Indirectly, it helped the administration help bastion their position of power to govern. More recently, the identities are being reclaimed from Mughal rule.

As far as what dividends are reaped via such politics of renaming – the answer may lay on which part of our history has been considered as defining for the identity. When Allahabad was being renamed, the city could have been recognised as one of the epicentres of independence struggle movements, not to mention being the birthplace of most of India’s Prime Ministers. The focus was not given to such immediate, arguably more consequential chapters of its history, but was given instead to the mythological past – the place of confluence of three rivers.

This fascination with renaming, or relatively frivolous issues, can be attributed to the media’s obsessive coverage of this issue. Therefore political decision makers have incentives to give greater attention to what media chooses to report, often at the expense of major issues of governance. It has even inspired more parties to want to rename places; or sometimes worse, entice petty battles (When Samajwadi Party replaced Bahujan Samajwadi Party as the ruling party in UP, they reversed a number of decisions to rename places that the latter had proposed). Media’s heuristics for prioritising issues which they investigate and report are a function of citizen preferences (or so they think). And hence a direct dividend of the politics of renaming will remain to be sheer share of voice, as long as media continues to use such heuristics.

What other political value is derived from such renaming drives? Share your thoughts in the comments below or on Twitter at @HemantGaule.

A control freak’s confessions and how it can help you!